Developed by: Urbanscan / Published by: Interplay /

After escaping from prison, the six Loaded's anti-heroes -- Loaded, Mamma, Bounca, Butch, Cap'n'hands, Sister Magpie and The Consumer -- take brutal revenge C.H.E.B., the betrayer who put them there. These maniacal killers will be slaying and destroying anything in the six levels forming their path, as C.H.E.B. meanwhile finds nothing better to do than evolve into a monstrous being hell-bent on universal domination!

If you like your games violent, you’re in for a sick treat with Re-Loaded, the sequel to the popular blood-fest shooter Loaded. Re-Loaded is set over a number of 3D levels each more harrowing than the last. The sound effects will have you cringing, and the character animations show each minuscule trait of the six maniacs. Characters range from armed robots to bloodthirsty cannibal girls, and each is vicious enough to destroy anything in its path. Choose your lunatic and blast, slash, and bite your way to sweet freedom. 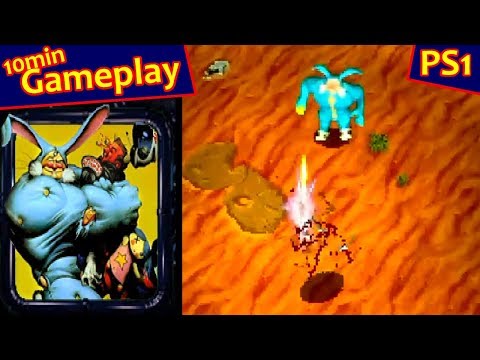 Get your best moves ready and fingers steady, as Superstar Dance Club will put your rythm to the test! Play it now on Steam: Click here!

This week we are releasing ReLoaded on Steam. This is a classic gore-fest shooter in which you pick one of six wacky characters, and try to fight yourself through a revenge driven blood bath. Get it it here: http://tinyurl.com/nofu9l7

This is certainly  one of our favourites. Mobile Light Force (also known as GunBird) is a hectic and exciting shoot’em up. Play one of five bizarrely fantastic characters, each with custom attacks and stats, and attempt to survive through the onslaught of enemies coming your way. You can get it here: http://store.steampowered.com/app/379370 Enjoy!